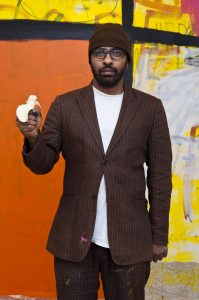 Book me for a commissioned artwork.

RAY MOORE - The Poet That Paints ©

“I got this voice, someone said use it to benefit all.
But instead, I’m posting puppies on my facebook wall.”
– Ray Moore 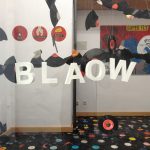 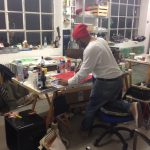 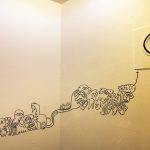 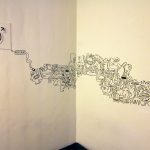 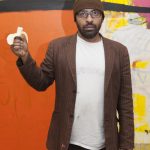 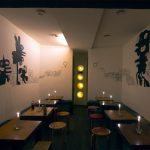 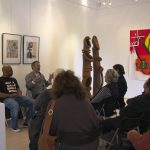 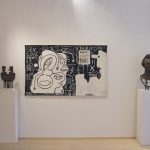 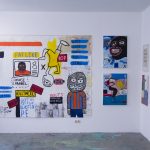 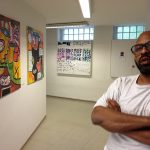 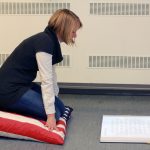 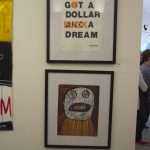 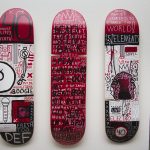 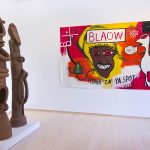 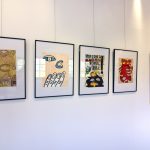 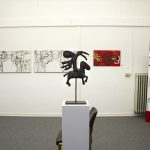 VITA: A look at RAY MOORE

Ray Moore is an African American multi-disciplined artist and rapper who has lived in Germany since the 1990s. Besides his main discipline (painting) he is active in many fields of art, as for example design, music production, sculpture and objects, installation, room design as well as poetry and rap. His forms of expression are deeply influenced by his African American roots and his main inspiration is music, especially hip-hop. When he talks about his one way to create he calls it “Serious Play”: By this he means the playful examination of serious themes, such as justice and injustice, fear and hope, joy and pain. In his work he combines associations with text fragments, powerful colors and the rapid pulse of the present.

Ray Moore was born in 1971 in McComb, (Mississippi, USA). From an early age he was interested in art and music, but artistic and musical education were not available to him. After graduating high school he left his home, where there were few prospects for young African American men. At the age of 18, he joined the army and came to Germany. Soon he quit military service to become a trained multimedia producer at the SAE in Frankfurt. Completely on his own, the 22-year-old started to build an existence as a music producer and rapper and discovered his passion for visual forms of art. He taught himself graphic design techniques and had the chance to work as a creative director for international agencies in Munich and Bucharest (Romania) for 15 years. In 2006, he participated in a film directing class at the New York Film Academy. During this time, he created his first video art project.

Career as an artist and artistic approach

In 2011 Ray Moore gave up his permanent job to devote himself exclusively to art. After years of writing lyrics, collecting and archiving them together with drawings, his musical and poetic creativity led him directly to painting. He merged the different forms of expression on canvas and wood into painted songs. His approach of “Serious Play” created a rapidly growing body of an authentic art form. Ray Moore once again built his career as a self-taught freelance artist, with rapid success. In 2011 he was represented at the Stroke Urban Art Fair in Munich, followed in the coming years by solo and group exhibitions in Düsseldorf, Cologne, Las Vegas (Nevada), Munich and Stuttgart, among others (see exhibition list below. In 2017, after Ray Moore participated in the Black Protest Pop-Up Exhibition at the Amerikahaus (Munich) in collaboration with the Ludwig-Maximilians-University (LMU) Munich, he forged closer ties with academia. From 2018 to 2020 he joined in the class of Markus Oehlen at the Akademie der Bildenden Künste (Munich). In 2018, he also began teaching workshops on Spoken Word and Poetry as well as Protest Art as a guest lecturer at LMU and was invited to participate with a performance in the International Conference “Dikes of Courage” at the University Nova in Lisbon (Portugal). With his music album “All Lies Matter” (https://raymoore.bandcamp.com/album/all-lies-matter), released in 2020, Moore positions himself as a protest artist and makes a statement against injustice.

More recently, Ray Moore has become involved in educational and social causes. He conducts music and art workshops for the Munich-based association ICOYA and leads participatory art projects (e.g. wall painting or music and video production) at, among others, the Montessori School Campus di Monaco as well as at other schools. Providing young people access to art and music is a very important concern to him. “Art and music can open up a whole new perspective on live,” he says.

Ray Moore’s oeuvre is dominated by words, lyrical fragments and meaningful statements. Together with abstract figures and vivid forms, they combine to an art form that transforms hip-hop into fine art. His paintings, collages, drawings, prints, video works and songs deal with issues that affect us all: Occasionally his works are brutal mostly they are humorous. What is always recognizable as a serious position is the examination of the essential questions of being human. You should feel his images and take a stance, according to the artist. Mixing a wide variety of quotes from pop culture and history, he aims for a more comprehensive understanding of art: sometimes a glimpse into a single universe, but mostly a glimpse into the universe we all share and whose multiple facets he shows us.

Art is the best gift.
If you would like to commission me feel free to contact me.